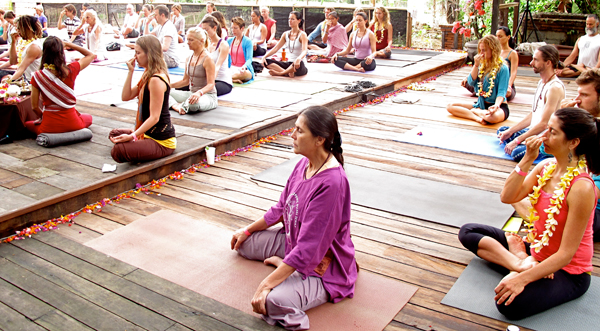 In honor of the autumnal equinox, yoga practitioners throughout the world united for a weekend of yoga and charity fundraising in an event called the Global Yoga Mala Project. Here in Bali, the Yoga Barn and Taksu co-hosted a weekend of events in Ubud, Saturday and Sunday, 24th and 25th September, in support of local charities. 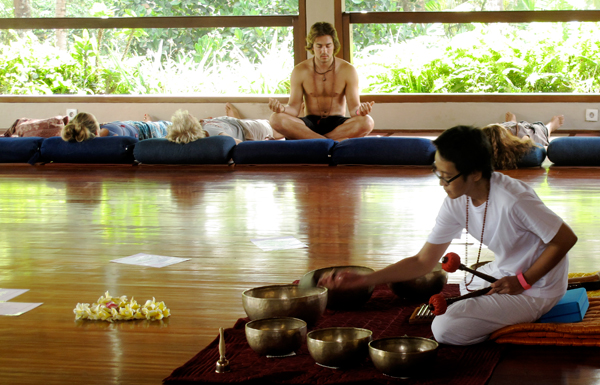 The Global Yoga Mala project was founded by American yoga instructor Shiva Rea as a way for yoga studios, ashrams, and foundations all over the world to join together for a collective yoga practice, organized around the sacred number 108. Mala refers to the 108 beads strung in a garland and used by many Hindu and Buddhist practitioners for prayer and the recitation of mantras. Participating organizations in the Global Yoga Mala Project often conduct 108 mantra recitations, kriyas or cleansing practices, or rounds of suryanamaskar (the salute to the sun: a series of twelve asanas or bodily gestures practiced at dawn and dusk by devotees as a way to give thanks for the life-giving sun). Held annually, Global Yoga Mala individual events are usually held in support of an environmental or social cause or to raise funds for a local charity. 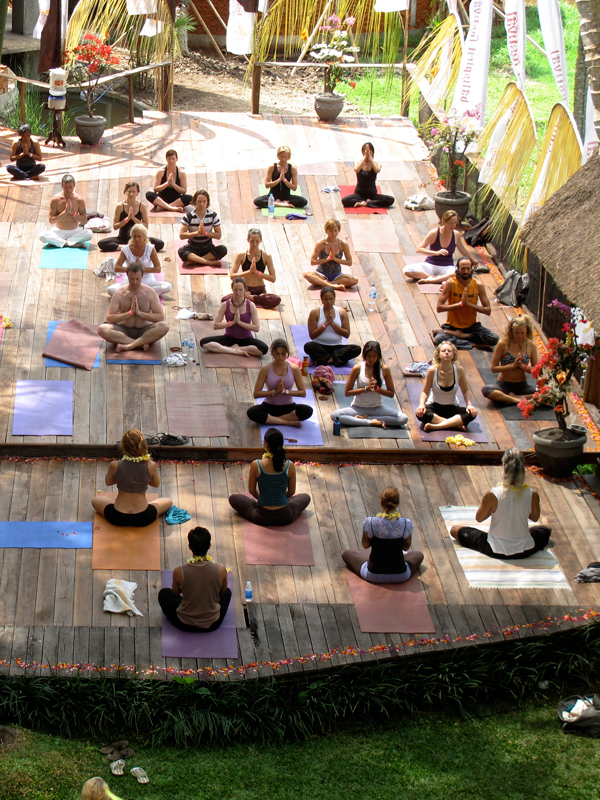 The Yoga Barn and Taksu each pledged their support of local organizations: Proceeds from the Yoga Barn benefited the Bali Spirit Festival’s education outreach initiative Ayo! Kita Bicara HIV dan AIDS (Hey, Let’s Talk About HIV and AIDS), which has been instrumental in introducing their EduSpirit workshops for HIV/AIDS education in local high schools throughout Bali. Using an interactive and communicative approach, Ayo! workshop facilitators offer students an open dialogue workshop format to encourage free expression about HIV/AIDS and practicing safe sex, without the risk of social stigma. 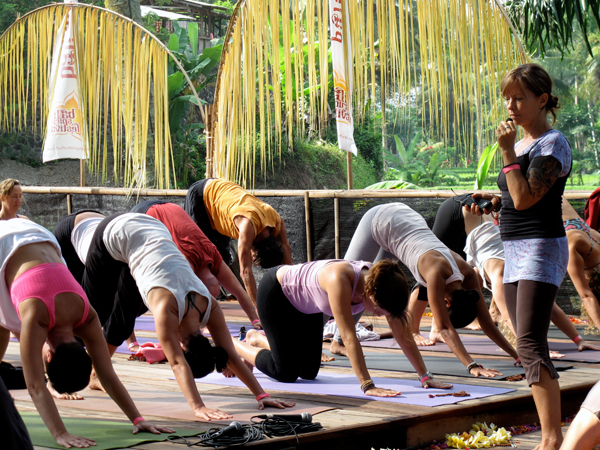 Participants at Taksu’s Global Yoga Mala events helped to raise funds for Yayasan Bumi Sehat (Foundation for a Healthy Mother Earth), a non-profit, village-based organization that runs two by-donation community health centers in Bali and Aceh, Indonesia. This year, Bumi Sehat founder Robin Lim was selected as a CNN Hero by the news organization based in the United States. She is currently competing against nine other finalists for the title of “Hero of the Year.” If Lim wins, Bumi Sehat will be awarded a total of USD $250,000 to build a greatly needed new clinic. Supporters can vote for Lim here.