A plot of land for our sovereignty

Urban farming is a movement towards food sovereignty. And a movement which can be a lot of fun. 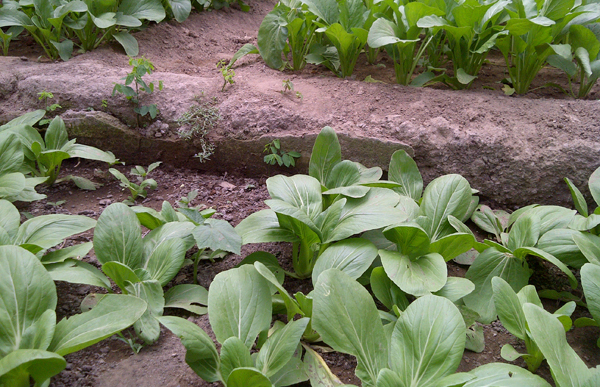 Look at all the land around your house. What is growing there? How much land is unproductive?

In big cities, people spend large sums of money to create gardens around their homes. Many home owners fill their garden with ornamental plants like Anthurium (flamingo flowers) or Aglonema.

A few years ago some species of ornamental plants become very popular, and the prices for them skyrocketed. But this trend didn’t last long due to price speculation. Still, it’s amazing that ornamental plants, which so easily reproduce and serve little function, can sell for the price of a car.

Those who got caught up in the trend of ornamental plants, now can only kick themselves. They spent a lot of money, but the plants they own no longer hold economic value. On top of that, the plants are not even edible. But by utlizing just a small plot of land around your own house can provide so much healthy food. The trend of growing edible plants in an urban environment is catching on: it is called urban farming or urban agriculture.

Urban farming is a social movement with the goal of achieving food sovereignty. Of course, this is accomplished on a microlevel or household scale. On the national, macro level, Indonesia’s food production system is still oriented toward food security: In response to the threat of famine or food crisis, the government’s solution is always to import food. This is detrimental to the independence of this nation.

Urban farming doesn’t only apply to horizontal residential areas. It can also be used in vertical homes, such as apartment buildings. As long as there is air and sunlight, plants can grow. There are other advantages as well: plants add oxygen to the air, and gardening can be a relaxing hobby, contributing to a decrease in stress. Urban farming leads to the actualization of a truly green lifestyle. 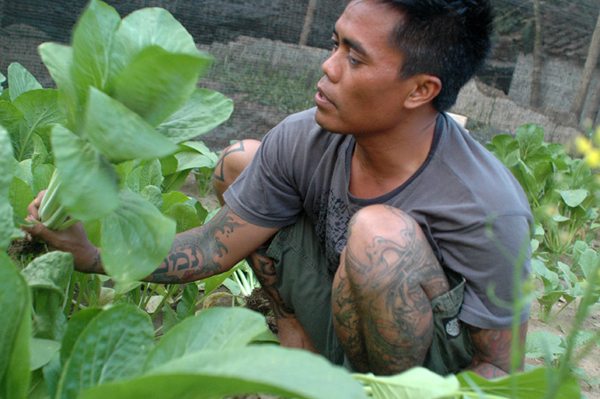 The idea that success is based on the level of income is a concepts that must be changed: With the same level of income, one household can be much more successful than another by reducing its expenses. A small plot of land around your house can produce a large percentage of the vegetables you use, thereby reducing the amount of food which needs to be bought. With a little effort, urban farming can even be an additional source of income.

For those who prefer organic food, urban farming is the easiest way to make sure the food you eat does not contain any chemicals, such as commercial fertilizer, insecticides, and pesticides. Purchased organic food is usually more expensive, and not always guaranteed to be chemical-free. Urban farming also helps vegetarians fulfill their need for vegetables, which they can pick fresh at home.

But urban farmers can turn their organic waste into compost, which can then be used to fertilize their gardens. Producing compost can also be assisted by simple, affordable compost-making tools which are sold through the Internet. The composting process can be sped up by adding microorganisms or EM4 bacteria, and this bacteria can also be made at home.

My friends and I rent a 500-square-meter office-home space on Jalan Drupadi in Denpasar. About 3 ares of the space is vacant land that can we use for urban farming. We plant tomatoes, chillis, lettuces, sawi (Chinese cabbage) and pok choy. We can harvest the sawi and pok choy around 40 days after planting the seeds. Maintenance of these two types of vegetable plants is not difficult; they just need to be watered every day.

Before planting, you will need to prepare the land. Soil can be mixed with manure, compost, or rice husks. Before planting vegetables, planting a legume ground cover to help improve nitrogen levels and nutrients within the soil. Ground nut plants can also be planted in between vegetables.

Around harvest time recently, we had an oversupply of vegetables. To avoid becoming bored of eating the same type of veggies, we sold some of the harvest to a restaurant in Renon, Denpasar. They paid us double the market price because the vegetables were so fresh and were grown without the use of pesticides. 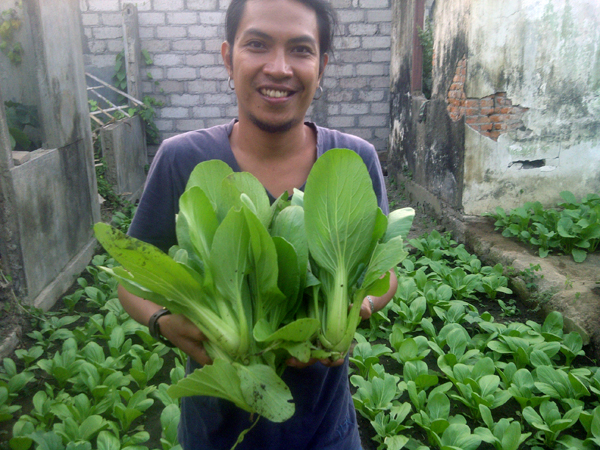 We aren’t planting vegetables for the profit, but for the sustainability of having natural fertilizers and a beautiful plot of land. We continue to work on our land so the results improve and the yummy vegetables look good and bring us happiness. Yes, this is the real goal of urban farming: happiness.