Four Trillion Rupiah in the Landfill (1)

Trash is one source of catastrophe for Bali’s tourism industry. But if managed well, trash could bring huge economic benefits. 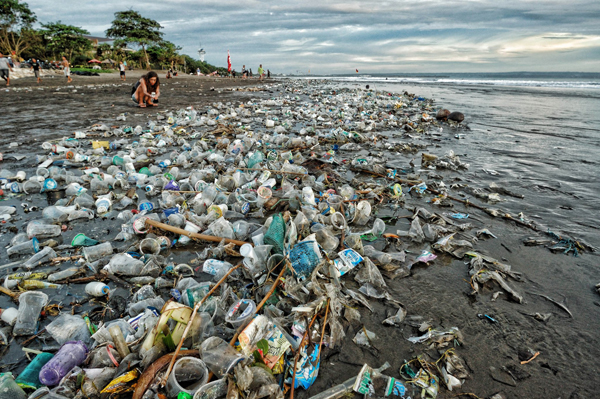 This paradise island of Bali has long attracted visitors, both domestic and foreign. The beautiful natural environment, vibrant traditional culture, and international-class tourism facilities have given this island its credit as one of the best tourism destinations in the world. No other compares.

But these positive aspects of modern Bali are now threatened by the waste caused by the tourism industry, visitors to the island, and its own residents. Recent research conducted show that Bali alone produces anywhere from 5,000 to 10,000 tons of waste per day.

According to some environmental groups in Bali, each individual produces an average of 2.75kg of trash and 3 liters of wastewater per day. In 2010, Bali’s population was recorded at 3.9 million (according to BPS), which means that the amount of trash produced everyday in Bali has reached an alarming 10,725 tons and the amount of wastewater is at11,700 liters. These are serious numbers.

Based on research conducted in 2000/2001 in the four main tourism regions of Bali (Denpasar City, and the Regencies of Badung, Gianyar and Tabanan), only 50% of residents have access to waste collection services, and of the waste collected, only 60% ever reach the landfills (TPA). The remaining waste ends up on the side of the road, in the city parks, markets, and other public spaces. Existing efforts to reduce the amount of trash sent to landfills and to change public behavior has not yet shown promising results. 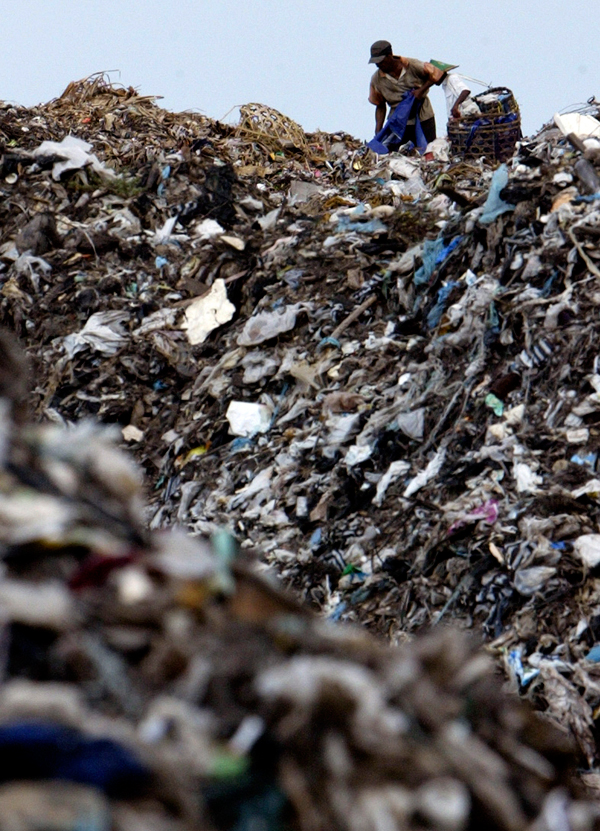 The Bali Provincial Government has demonstrated a continuous effort to handle this waste problem. Since 1986, the government has maintained a large landfill (TPA) of 22 hectares in Suwung, Sanur. By using three methods of waste disposal—incineration, sanitary landfill, and open dumping—the government anticipated this landfill would accommodate and dispose of all waste from Denpasar, Badung, Gianyar, and Tabanan Regency (Sarbagita). On December 12th, 2008, the Suwung landfill became the first in Indonesia to adopt waste to energy technology (turning waste into electricity).

Unfortunately, however, this innovative approach did not function well. Research conducted by Putu Rusdi Ariawan, a student at the Department of Technology at Udayana University, shows that Suwung was actually only used for open dumping, meaning that trash was just thrown in a heap without any further processing. As a result, everyday the trash dump grows and takes up more space.

The hope that all four regencies and Denpasar would be able to dispose of their waste together was dashed as well. The landfill space was too small to accommodate the large volume of trash from all four regencies. Furthermore, alhough the Indonesian provincial government looked into waste-to-energy technology, they have made no further progress toward utilizing this technology in Suwung.

Besides the government, the greater public and international companies have also been involved in waste management. Local Balinese businessmen Pak Oles and I Ketut Mertaadi, for example, as well as a number of Korean companies have opened waste management facilities in Bali. These companies can sell products created from the processed waste, such as organic compost, recycled paper, and plastic scraps. The market for these products is not just based in Bali; sales have reached East Java and even traveled overseas. These companies mark a promising business opportunity, but their efforts make only small steps toward reducing Bali’s waste problem. At best, these companies can process 5 tons of trash per day. Compared to the 10,000 tons of trash produced daily, these efforts are very small. 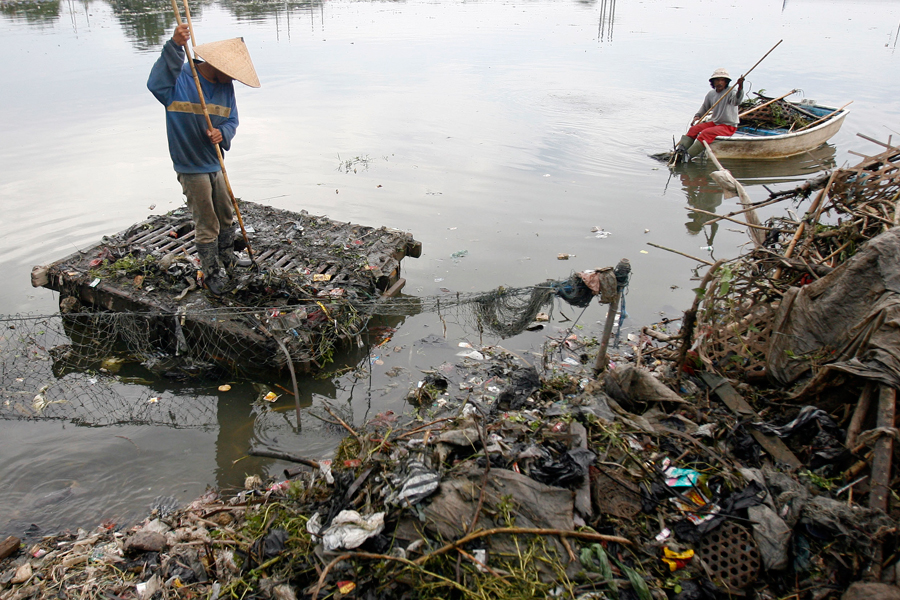 The economic value of waste

But stories of companies such as those mentioned above lead to an interesting perspective on waste: to view it as an asset that can be processed to create economic value. Technology allows waste to be processed into products, including compost, animal feed, alcohol, atsiri oil, energy (biogas and electricity) and much more. These products, of course, have economic value.

If we logically assume that the inorganic waste is 50% plastic, then this waste can be processed into plastic scraps (by chopping and heating), which can then be sold for around Rp. 5,000 to Rp. 12,300 per kg. Thus, at the lowest selling price, bulk plastic scrap can bring in a total of 7,5 billion rupiah (1,500 tons X Rp. 5,000) per day.

Read the second part of this article: Four Trillion Rupiah in the Landfill (2)